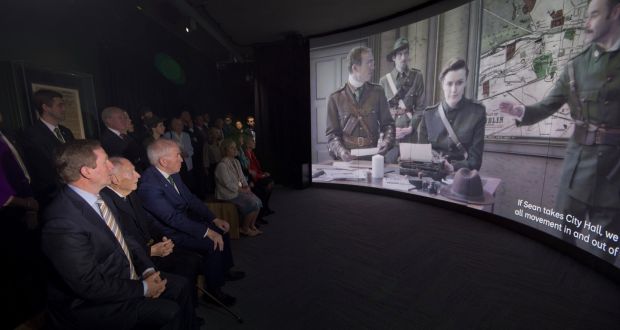 I feel tremendously privileged to have written the music for the GPO’s 100 year anniversary commemoration of the 1916 Easter Rising. A new visitor centre and exhibition space has been created in the GPO itself and a film with my music is going to be on all day every day there, in the seat of history itself.

It’s a magnificent project and it will blow your mind when you see it.

There is already a rather nice review from the Independent:

“But it is the amazing video that is the star… It’s part live action, part computer animation and the soundtrack is unbelievable. It’s pulsating, exciting, moving and inspiring in the space of less than 20 minutes.
It’s the best video about the Rising I have ever seen and is worth the entry fee alone. I’m not ashamed to say I had tears in my eyes.”

…what are you waiting for? Go!

Your email address will not be published. Required fields are marked *